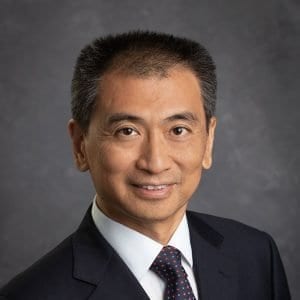 Chairman of the Board of Directors

Weimin Cai is the Chairman of the Board of Directors at mPower and Beida Jade Bird Universal Fire Alarm Device Co. Ltd. (JBF). Weimin founded JBF in 2001 and successfully grew it into one of the largest manufacturers in the fire alarm industry. The JBF Group has a dozen subsidiaries manufacturing fire alarms, fire suppressions, gas detectors and emergency lighting devices. Weimin won the outstanding leader of China’s fire industry award in 2016. He is a member of the Fire Detection and Alarm Division, The National Fire Standardization Technical Committee (SAC/TC113/SC6). He also served as a member of the sixth Board of Directors for the China Fire Protection Association. He earned a B.S. in Physics from Peking University.